the beauty of old and vintage bikes

There are some guys in Stockholm that are recovering old bikes about to be thrown away and putting them back on the road. They are moving now from Bromma to Southern part of Stockholm and they had a big sale on crappy old bikes that were in their stock. 50 SEK (6 Eur) for a bike is not that bad, so I figured I would go and have a look. Unfortunately I didn’t manage to arrive Saturday afternoon, as I only saw their ad few minutes before they were closing. And Sunday I was almost two hours late, meantime they had a lot of people looking for bikes and picking the best stuff.

However, apart from 4 old crappy bikes they had a Miyata 100, a low-end model from the Japanese producer: 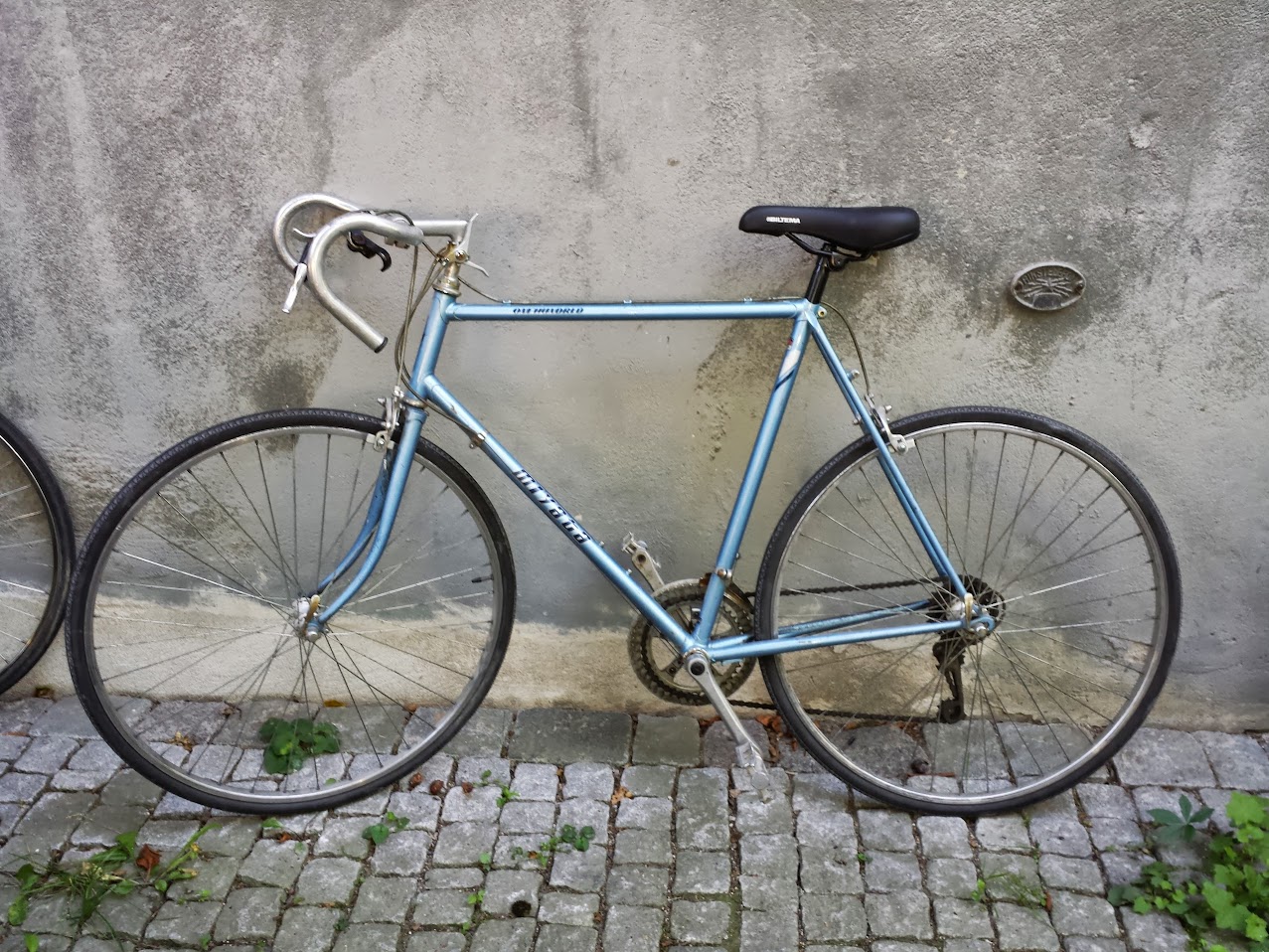 They would agree to give me the 4 shitty ones for free if I pay 500 SEK for the Miyata and so five new bikes join my collection. (I also got another handlebar with some old brake levers on it and an old saddle as part of the deal).

About Miyata One Hundred

The Miyata 100 (as I’ll call it from now on) in one of the low-entry models from the Japanese producer. However, the bike does fit me and I remember having hand-weighted a Miyata One Hundred two weeks ago (it seemed very light-weight)

The general condition
The Miyata is in a bad shape, but repairable. 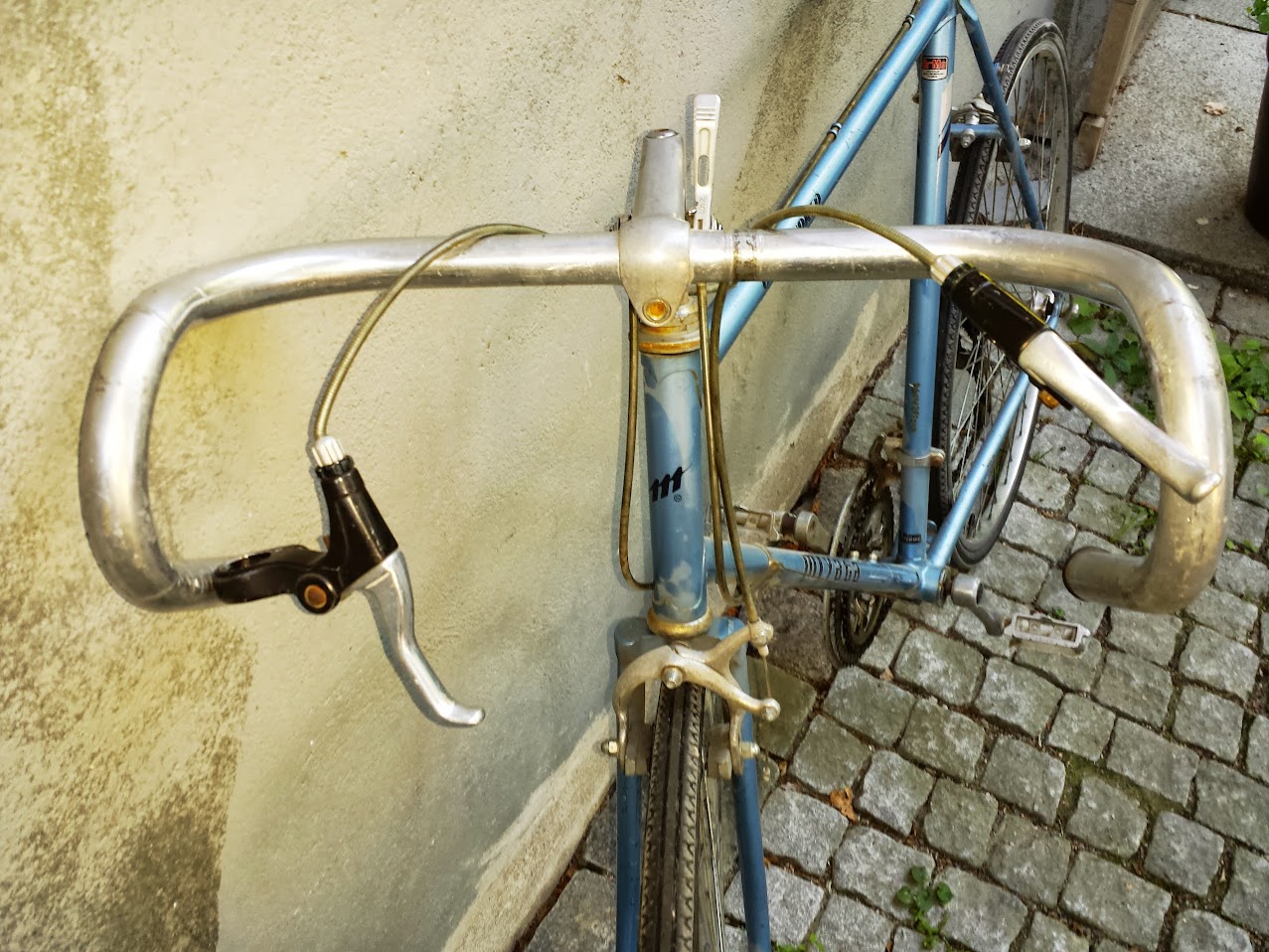 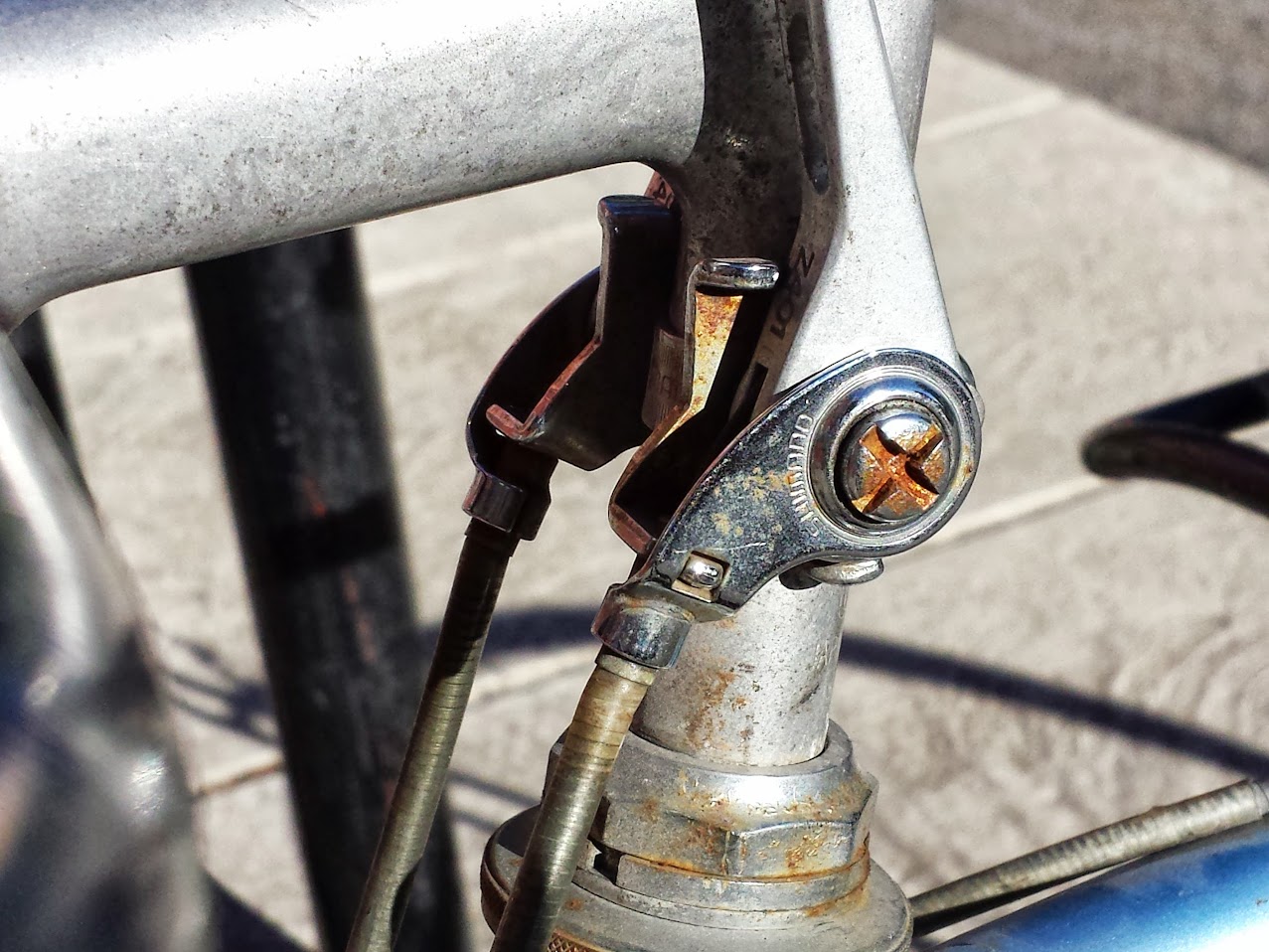 Frame & Fork: Chromo main tubes, hi-ten stays
Front Derailleur:
Rear Derailleur:
Headset:
Crankset: Signature
Bottom Bracket: some old style that I cleaned (I was also considering replacing it with a modern one, but my idea with a vintage bike is that one should keep the orginal components as much as possible)
Stem:
Stem Bar:
Wheel-sets:
– Rims: Araya 700 C
– Hubs: Sansin
– QR: Sansin
– Freewheel Shimano MF Z012 14-28 that I cleaned 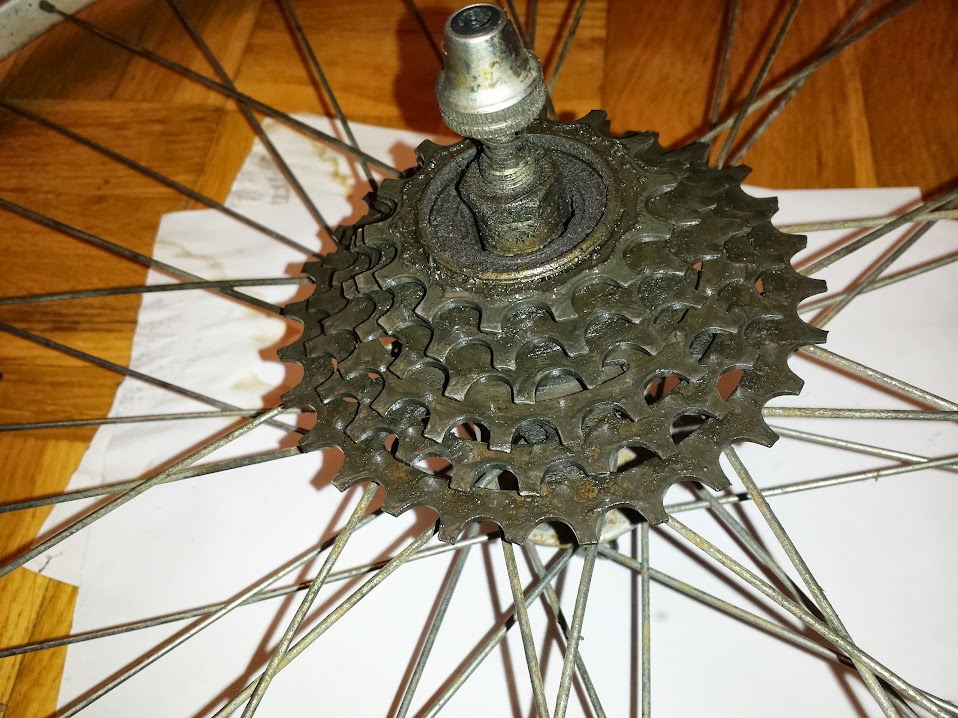 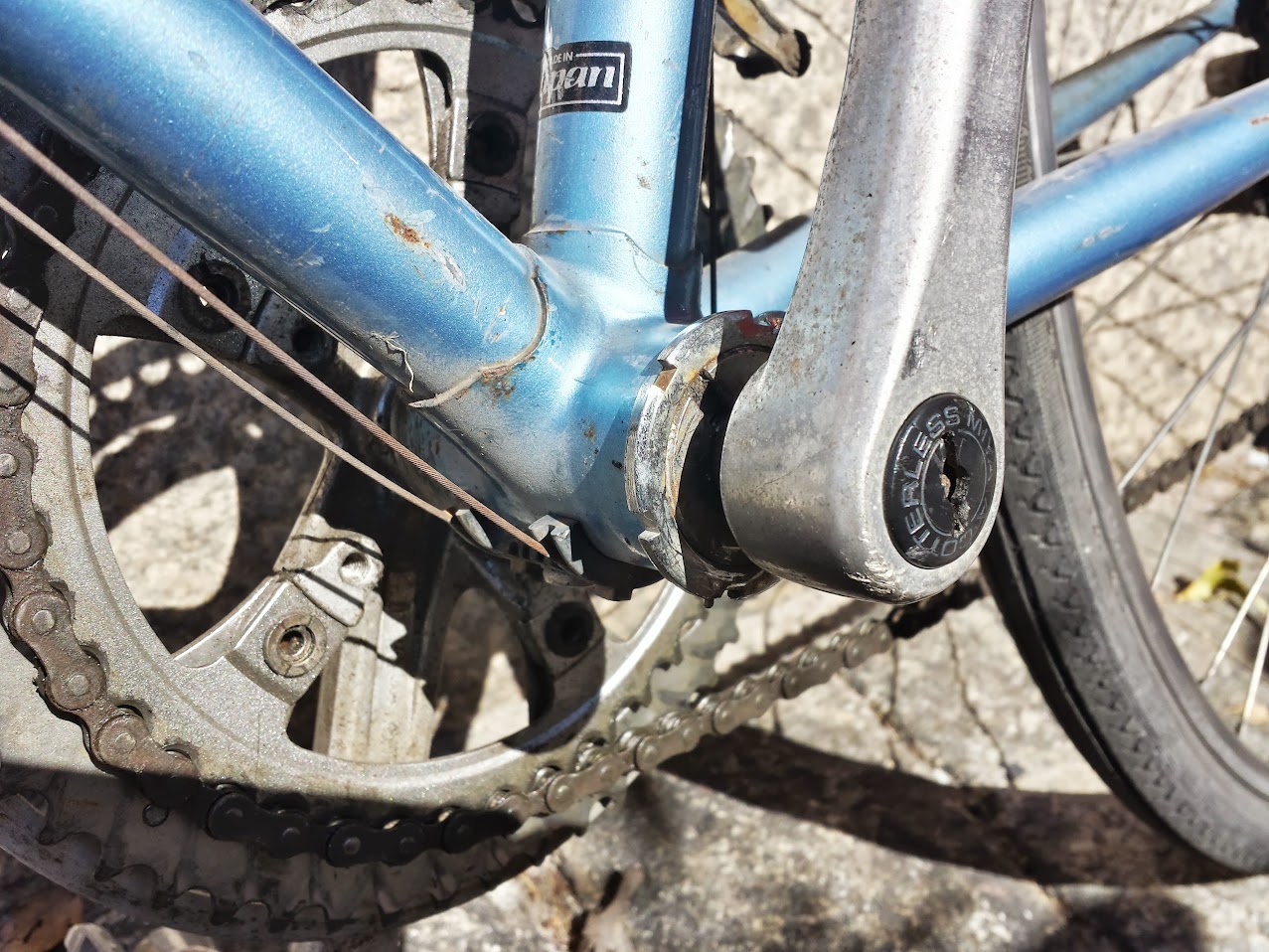 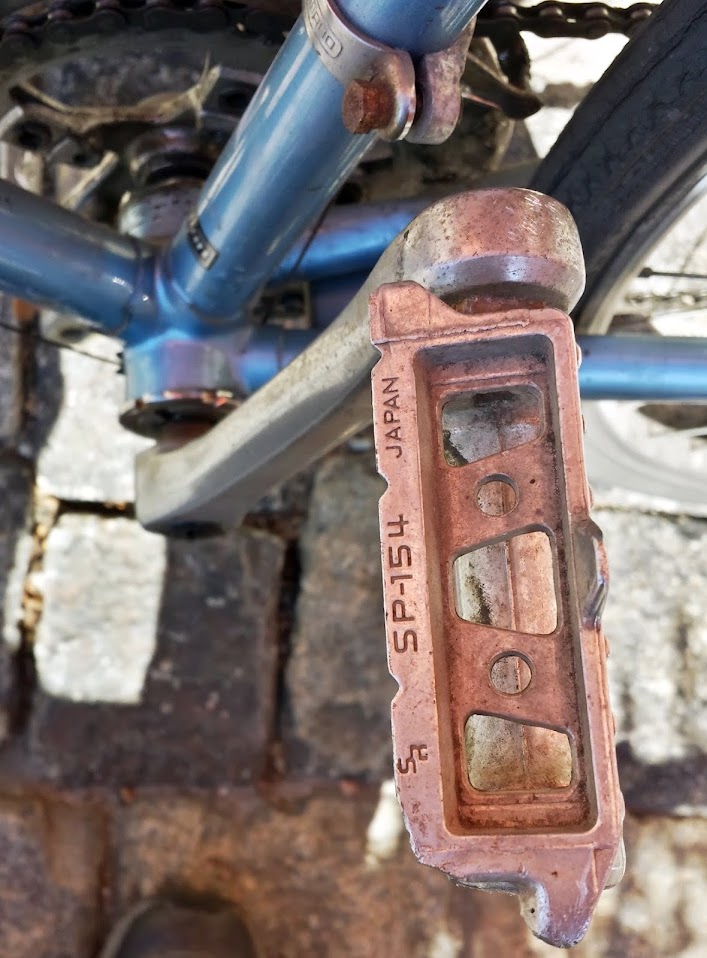 Tires: ?
Seat Post: ?
Seat: Biltema (to be replaced with something period-correct)
Chain:  unidentified, but cleaned 🙂
Handlebar Tape: none

Considering the Miyata Catalog and the components I estimate the bike to be from 1984.